In 1941, Dr. Frank Stanger started La Peninsula as a way to preserve the colorful stories of the county’s past. A scholarly journal, La Peninsula is produced twice a year and sent to all the members of the San Mateo County Historical Association. 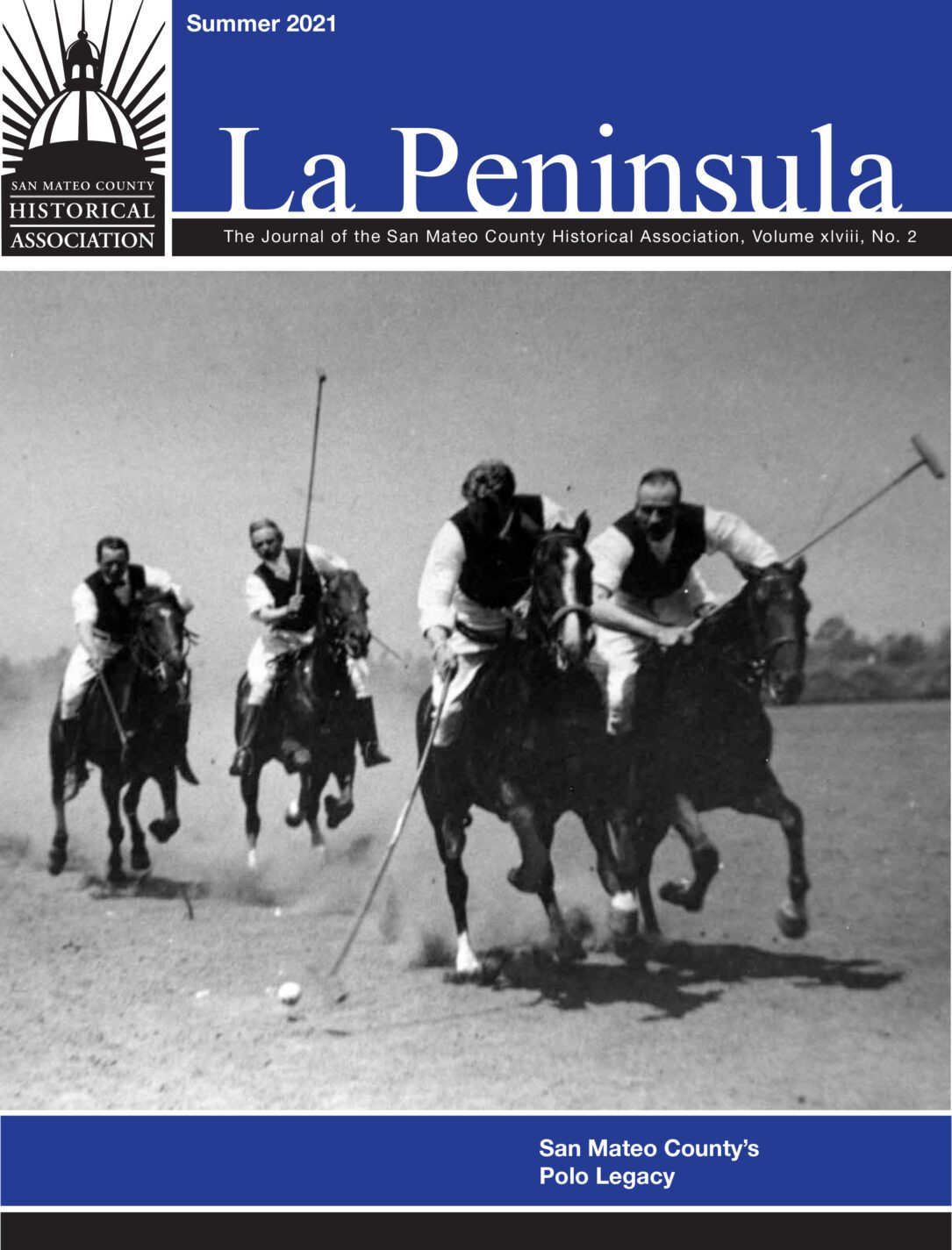 Copies of recent issues of La Peninsula can be purchased at the Museum Store. Some issues are also available at the online store.

All issues of La Peninsula (1941-present) are available to researchers in the Archives.

What topics would you like to see covered in La Peninsula? Please let us know your interest. Click here for survey.

While the most recent issues of La Peninsula are not usually offered online, the San Mateo County Historical Association is making this issue on the Influenza Epidemic of 1918-1919 available now due to the current COVID-19 Epidemic.

Summer 2019: The Founder and Chairperson of the Association of Ramaytush Ohlone, Dr. Jonathan Cordero writes about the Aramai who lived in the San Pedro Valley and surrounding area.

Winter 2018-2019: There are two articles in this issue.  The Airports of San Mateo County: Early Days and Growing Pains looks at the “Battle of the Airports” in 1946.  Lathrop House was also a Home explores the history of the 1863 Redwood City house on the National Register of Historic Places.

Spring 2018: Water for San Francisco highlights the importance of the County’s water system.  The first article explores San Mateo County and San Francisco’s Search for Water.  The second article is on William Bowers Bourn II: President of the Spring Valley Water Company and Builder of Filoli.  The issue concludes with images showing the building of the Crystal Springs Dam in the late 1880s.​

Spring 2016: Between 1910 and 1970, about six million African Americans left the South and created new homes and communities in the North, Midwest and West. Using the stories of local families, The African American Great Migration and San Mateo County explores the themes of Leaving the South, Challenges on Arrival, and Activism and Resilence.

Winter 2014-2015: Is it Time for a Portolá Trail Designation in San Mateo County? explores the importance of the route followed by Spanish explorer Gaspar de Portolá in 1769. Development of Foster City: A Photo Essay features photographs donated to the Association by T. Jack Foster, Jr.

Summer 2014: This issue commemorates the centennial of San Bruno. Articles include San Bruno before the Gold Rush, From Gold Rush to Great War, Walking Tour of Historic Downtown, The Beginnings of the Airport, San Bruno Military History and The Posy Parade: A Unique Tradition.

Winter 2014: The three articles in this issue explore the agricultural development in the county up to 1942, current trends in agriculture and a history of Rod McLellan and his Acres of Orchids.

Spring 2013: San Mateo County’s Love Affair with the Automobile explores the development of early roads, including the first paved section of the California Highway System, and the “need for speed.” San Pedro Point, Devil’s Slide and the Transportation History of the San Mateo County Coastside discusses early roads, the Ocean Railroad and Highway One.

Summer 2012: During the Cold War, the weaponry on Sweeney and Milagra Ridges featured a Nike guided missile system as defense against aerial attack. This issue of La Peninsula explores the Nike Missle Areas on the ridges designated SF 51.

Winter 2011: There are three articles in this issue. The Most Corrupt County: The Era of Prohibition and Gambling explores San Mateo County in the 1920s and 1930s. Bay Meadows Remembered is a photo essay looking at the race track Bill Kyne opened in 1934. Daly City-Colma: Leaves of History is in honor of Daly City’s Centennial.