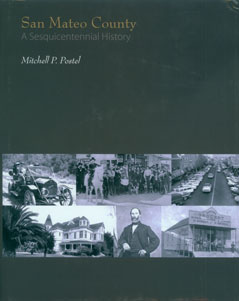 A frican Americans have lived in California almost since the beginning of Spanish rule. A large percentage of the settlers brought from Sinaloa to establish the pueblo of Los Angeles in 1781 contained a mixture of African blood. It has been estimated that at least 40 percent of the settlers of Alta California prior to 1846 had some African ancestry.

Before the Mexican American War, in what we would call San Mateo County today, existed a rough assortment of loggers and hunters living in the hill country. Among them was “Black” George, possibly the first recorded African American to live on the Peninsula. 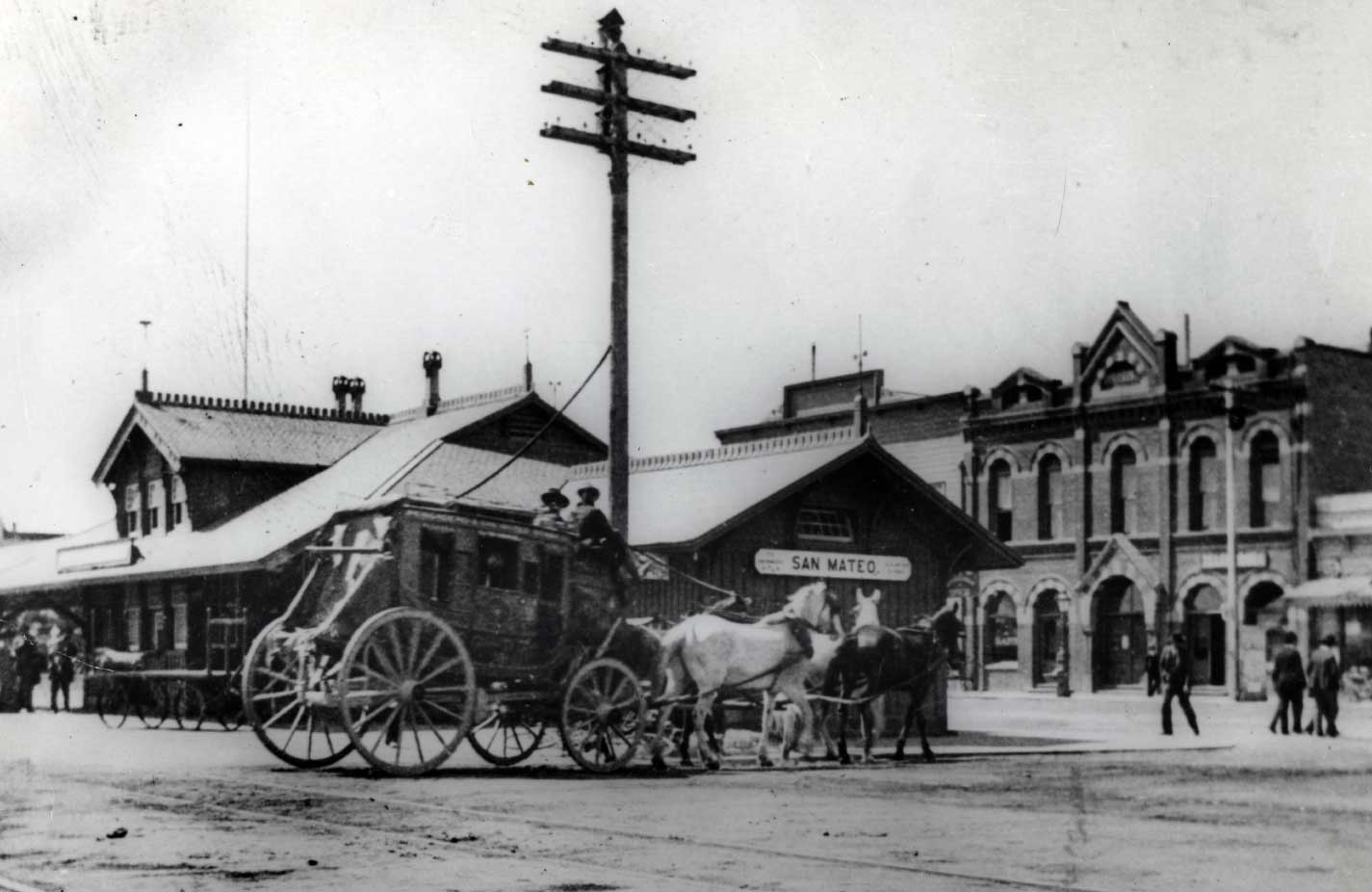 After the American takeover of California and the Gold Rush that coincided with it, more African Americans came to San Mateo County. At the village of San Mateo, Tom Ricks managed the restaurant at the Railroad House, and J.J. Adams ran the barber shop in the same building. In 1874, Adams became the first African American to serve on the San Mateo County Grand Jury. A famous early African American was Thomas Rolls, an ex-slave from Virginia who arrived in California in 1858. In 1875, he began operating the Star and Garter roadhouse in present-day San Bruno. He eventually changed the name of it to Uncle Tom’s Cabin. The place became a local legend for its food, drink and assorted entertainments. 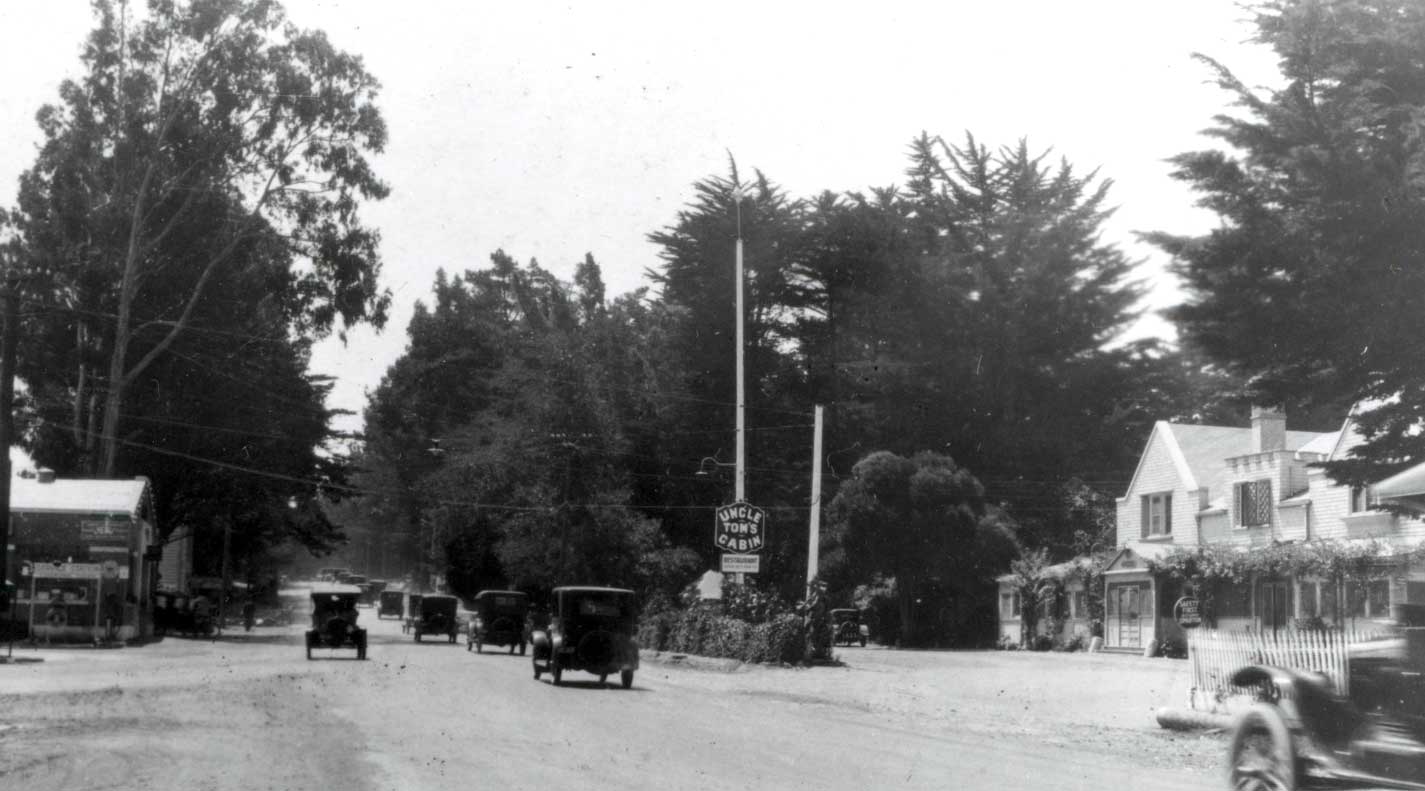 Another well-known African American of historical note was San Mateo restaurateur Noah Williams. Williams came from a long line of famous chefs from the “Old South.” He cooked for the Southern Pacific until 1921, when he opened a restaurant on B Street in San Mateo. He would bake up to 20 Missouri hams a day at his Noah’s Cafeteria. Motorists made his place a must stop, until Sunday at Noah’s meant a waiting line around the block. In 1924, he moved into a bigger building on Third Avenue. His new Noah’s Ark had décor featuring the biblical saving of the animals. Unfortunately, the Depression of the 1930s killed off the business. However, his family went on to important things. One son, Barney, became a well-known Boy Scout leader. Another son, Les, was a prestigious Tuskegee Army airman during World War II, and then a renowned local dance instructor. 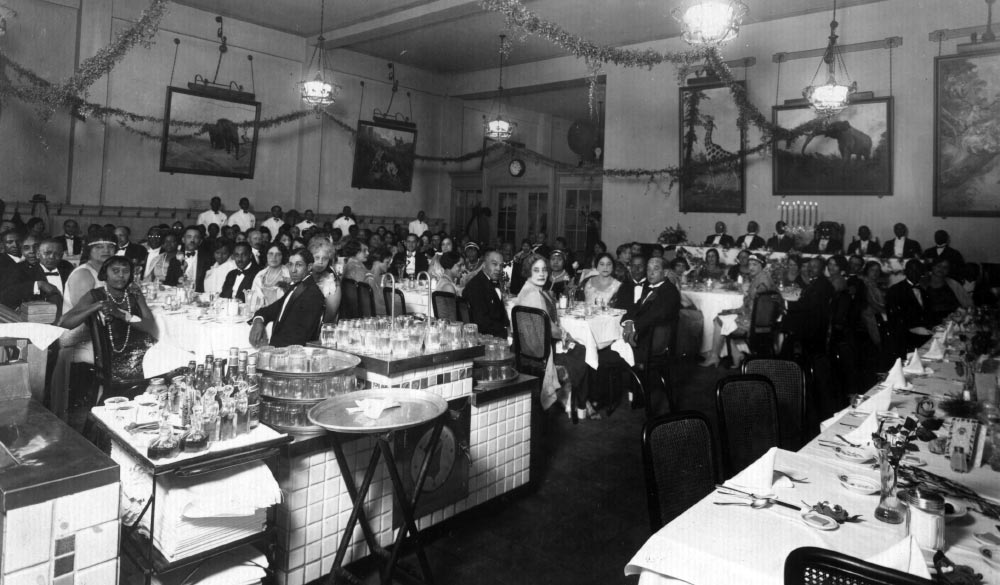 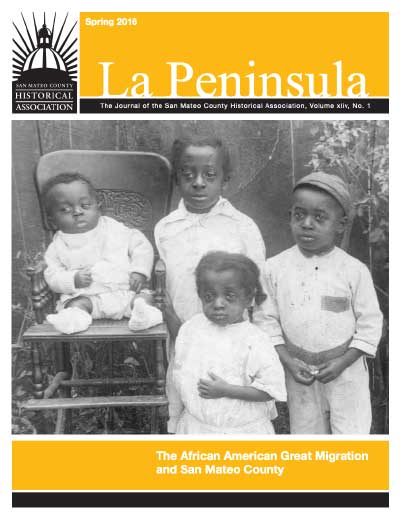 Historians tell us the mass exodus of six million African Americans out of the South, known as the Great Migration, began with World War I. However, for California, it was the war-related jobs of World War II that attracted significant numbers of African Americans to the state.

People left the South because of the oppressive nature of the society there. Strict segregation laws based on race affected every part of their lives. Many worked the land of others as sharecroppers, with little hope of improvement of their family’s circumstances. The chance to live in a less hostile environment, plus enhanced economic opportunity, drew African Americans to other states. 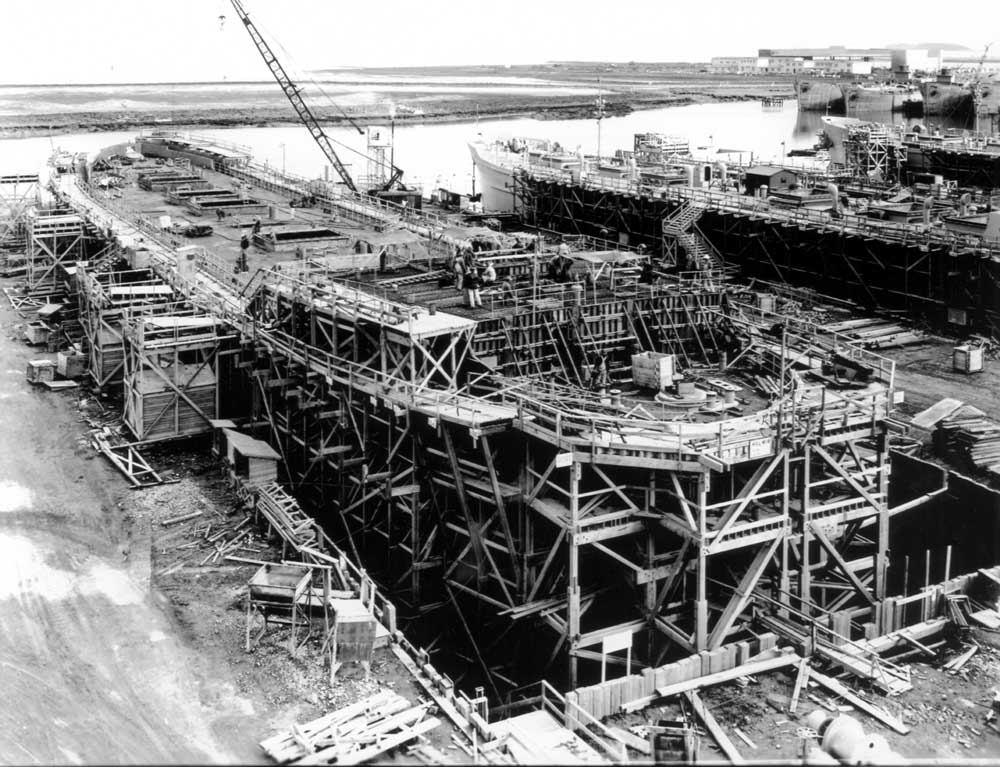 Shipbuilding at South San Francisco and an assortment of other industries brought many new people to the Peninsula during and after World War II. This included the first sizable numbers of African Americans.

After World War II, the many racial covenants on real estate forced African American newcomers into segregated neighborhoods. At first, a few urban renewal projects accounted for some coming down the peninsula to live in East Palo. In the 1950s, white home owners began moving out as more African Americans moved in. After the Bayshore Freeway was constructed through the area, it became increasingly difficult to find local employment. By the early 1960s, East Palo Alto was a troubled place, with a 40 percent unemployment rate and a feeling of despair among the people similar to Watts and other West Coast urban Black enclaves. Frequent trouble occurred at the community’s Ravenswood High School. East Palo Alto incorporated in 1983 as the community wrestled to get control of its many problems. 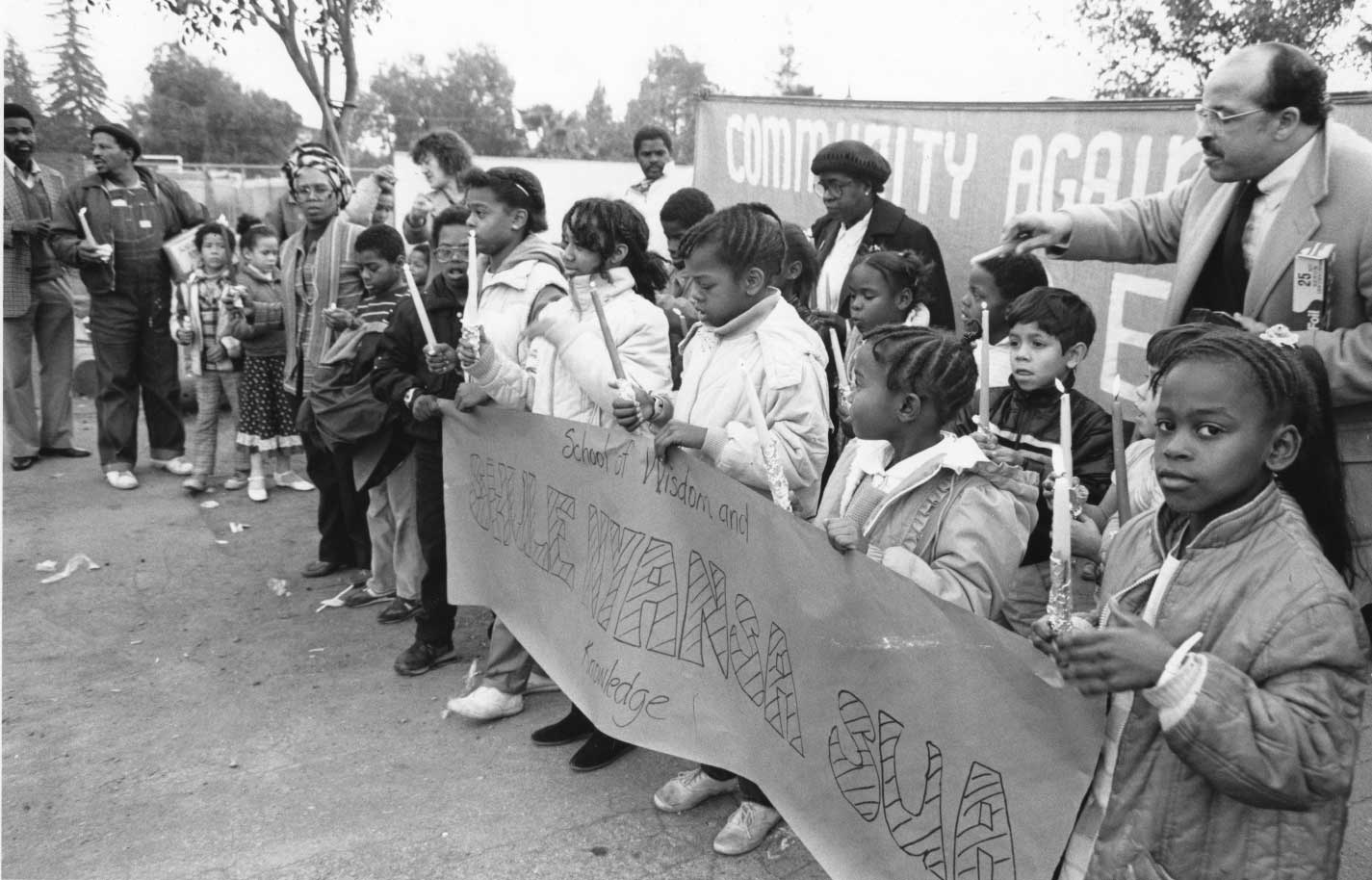 By 1985, East Palo Alto had been incorporated for 2 years and was working to solve its problems. Candlelit Anti-Drug March, East Palo Alto, 1985, photo Martha Jane Stanton.

Resistance at the College of San Mateo

Model of the Site Plan of the College Heights campus, 1962.

After the Watts Riots in Los Angeles in 1965, the College began to analyze its services to the African American community. It discovered that of its 8,000 day students, only 87 were black, and of these, 90% could be expected to drop out in their first semester. There was no bus transportation from East Palo Alto to the new campus.

Superintendent Julio Bortolazzo wanted action. That fall, the College Readiness Program (CRP) was designed to offer financial aid and tutorial assistance for minority students. During the summer of 1966, its pilot program included 39 students, 37 of whom completed their summer classes and enrolled that fall. By 1967, 256 students were benefiting from the program, aided by 87 student tutors. In 1968 the number reached 400 and by 1969, 700. The success of the program was noted in the Journal of the National Education Association.

Unfortunately, while the program quietly helped students, it did not quell the increasing disharmony on campus. Student activists in 1968 believed the CRP was not getting enough support. On October 8 they staged a march on campus, and on October 15 they seized the administration building. Acting Superintendent Philip Garlington called for help from the San Mateo Police. It took 50 officers to clear the building and free the staff. 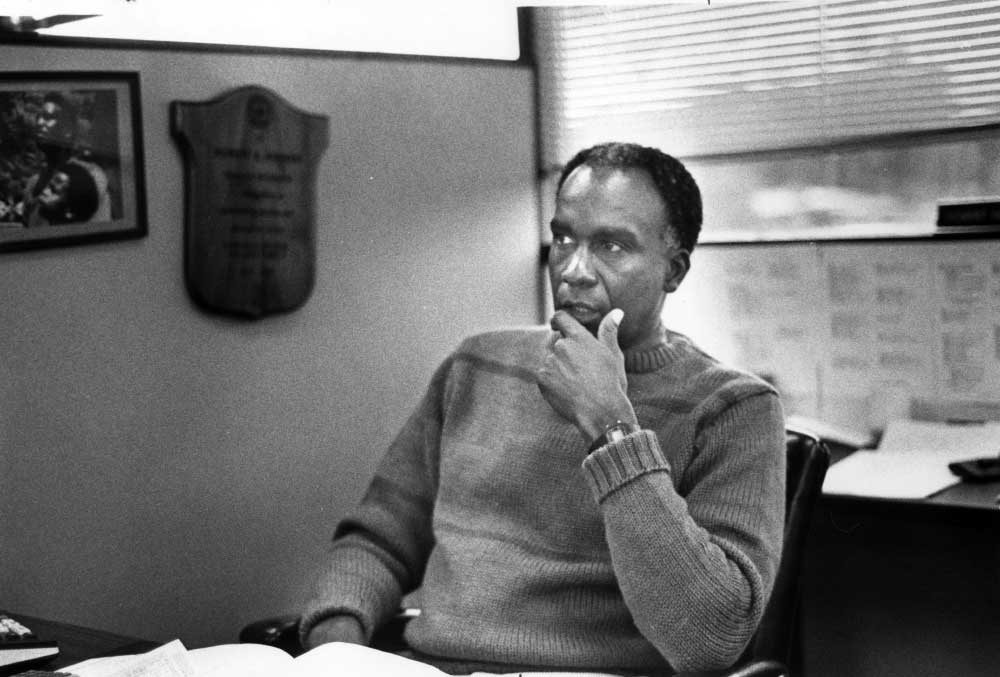 This set off a series of unfortunate events. Hoover was a popular figure on campus among students, faculty and administrators. College of San Mateo President Robert L. Ewigleben asked for Hoover’s reinstatement. African American student Pat Girard gave up her Homecoming Queen title to protest the suspension at a student rally.

The College’s student newspaper, the San Matean, reported a number of racially sparked fights in the cafeteria. Three bombs went off, two at the administration building and one in a classroom. Fortunately, no one was hurt.

Activists then scheduled a rally for Friday, December 13. Things got out of hand. By the time the San Mateo Police arrived, the activists had moved off campus. Altogether some $8,000 in property damage had been sustained, including substantial vandalization of the student newspaper office.

During the spring semester, tensions seemed to ease. Superintendent-Chancellor Erickson reconciled with Bob Hoover, not merely offering him his old job back, but asking him to head a readiness program for the entire district. 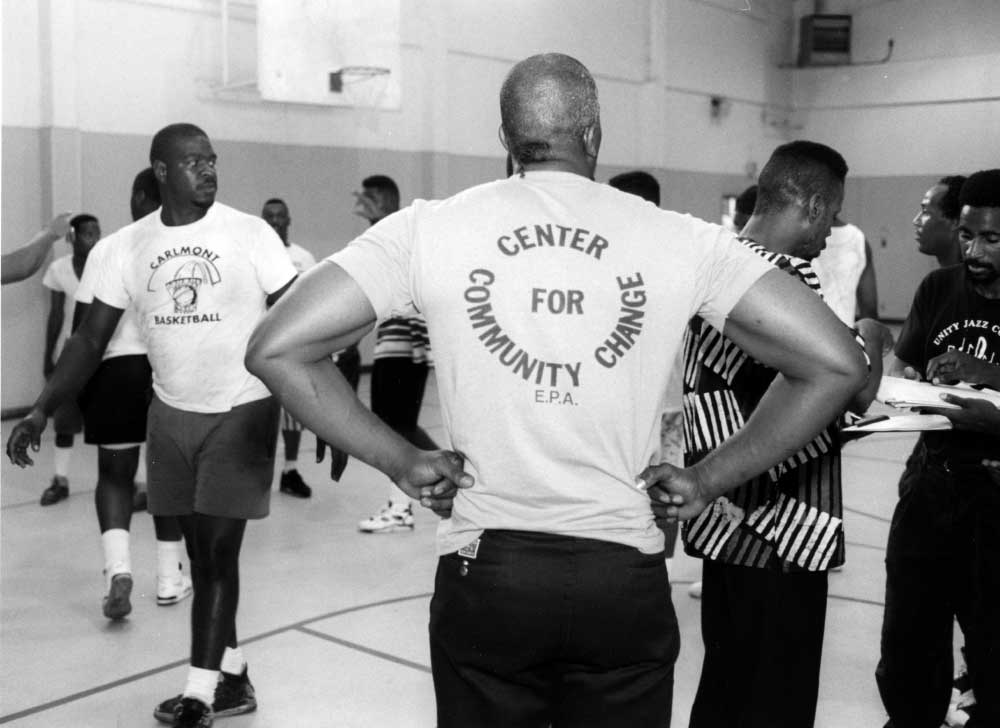 Testifying to the progress made in East Palo Alto, and for the Peninsula’s Black community in general, in 1999, Rose Jacobs Gibson joined the San Mateo County Board of Supervisors as its first African American member. She began her political career as an East Palo Alto City Councilwoman, serving from 1992 until 1999. During that time she became known for turning the community’s social environment and economy in a positive direction. As a member of the Board of Supervisors, Gibson concentrated on long-range planning, youth-related issues, housing, health care for the under-privileged, and economic growth in poorer communities. 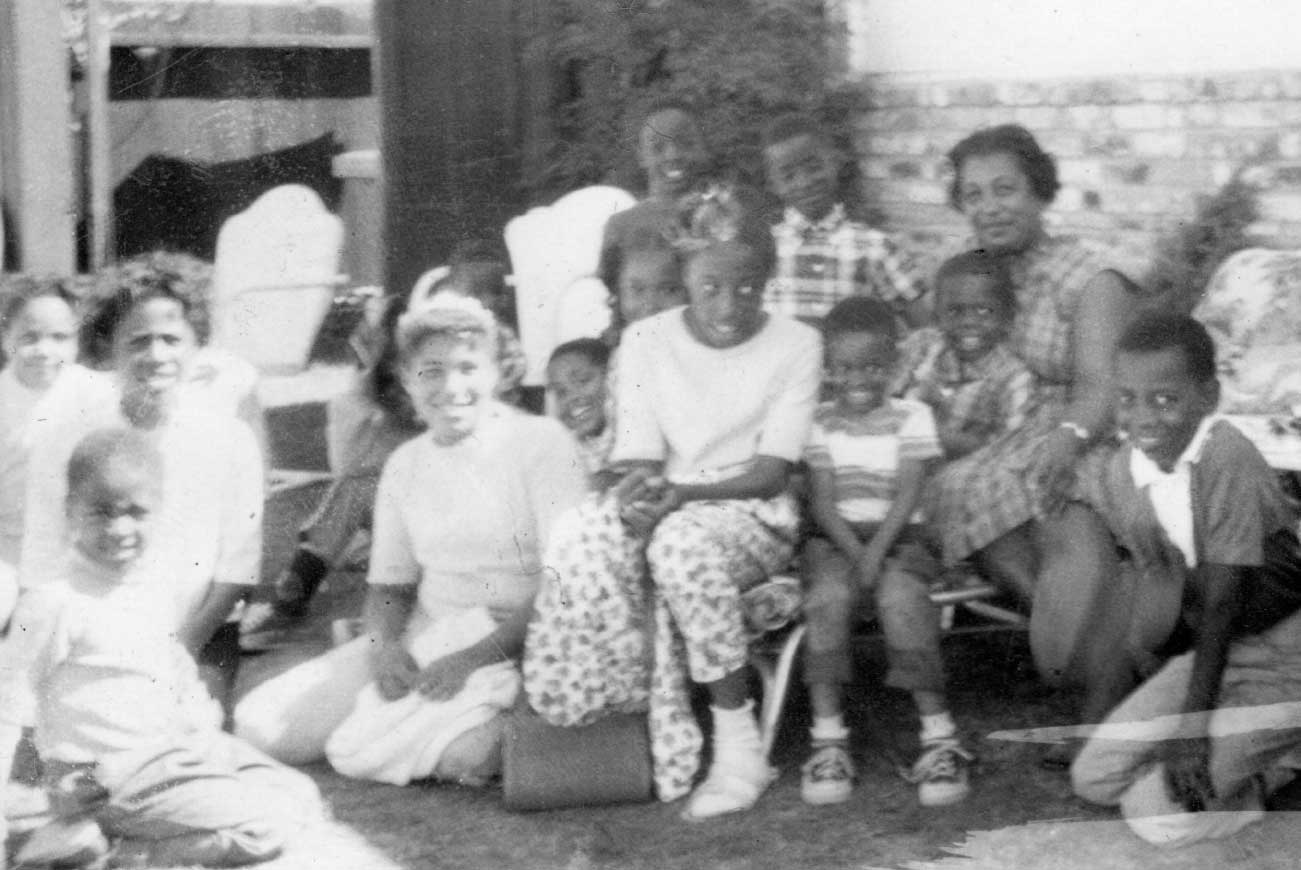 In 2019, the San Mateo County History Museum unveiled new exhibits about local African American experience. Displays focus on those that came to the County during the Great Migration that lasted until about 1970. Included in the stories are that of Gladys and Elbert Norton who sought better job opportunities when they moved their family from Taylor, Texas, to San Mateo in 1947. Gladys started a daycare operation at their home as a way to provide income for her family while raising her own young children. She was a licensed provider and took care of 10-15 kids at a time, from toddlers to high school age. Gladys was a respected woman in the community. The parents she worked for knew that their children would be treated well. She only charged them what they could afford as a way to help them. 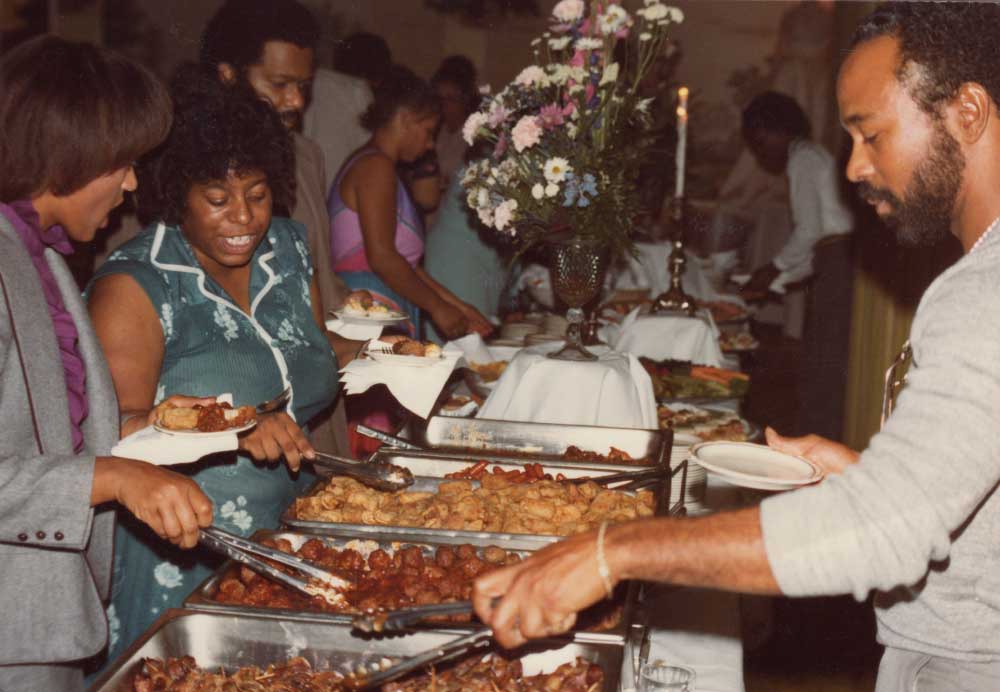 Featured in the displays are the importance of family gatherings. Whether a holiday dinner, reunion or special event such as a wedding, family gatherings have provided an opportunity to reconnect with family both in the area and in other states. The food served and the music in the air many times reflect the areas of the South where the family originated. Families from Arkansas might enjoy fried chicken, ham, turnip greens and sweet potatoes. Texas families might enjoy meals of barbecued meat, macaroni and cheese, and collard greens. Families from Louisiana might enjoy seafood, Creole gumbo and pecan pies.